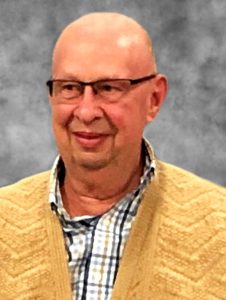 The family of Ronald Leroy Elliott of Kincardine are saddened to announce Ron’s passing on Nov. 5, 2020, at the Grey Bruce Health Services in Owen Sound, after a courageous three-year battle with cancer. Ron passed peacefully surrounded by loved ones.
Ron is survived by his dear wife of 56 years, Sheila; sons Dean (Heather Johnston) of Collingwood, Darrin (Kelley) of Brights Grove and Ron of Cochrane Alberta; grandchildren Linda (Ian Rosieke), Kyle, Nathan, Payton, Chaisson, Jocelyn and Joel; great-granddaughters, Hailey and Katelyn; and Heather’s daughters, Izabella and Lia, all of whom will miss him dearly.
He is also survived by his brother Bob (Jean) Elliott, sister-in-law Marj Elliott and brother-in-law Mac Hannon, as well as his brother-in-law Ian (Kay) Watt of Calgary.
Numerous nieces, nephews, friends and their families will also miss him.
Ron is predeceased by his parents James and Jessie (Aitken) Elliott, siblings Margaret (Ernie) Shaw, John (Eileen) Elliott, Jim (Beatrice) Elliott, Mildred (Selby) Seeley, Elsie (Mel) Schumacher, Jean (Jack) Ryman, Alice (Wally) Stinson, Alick (Helen) Elliott, Helen (Len) Morton, Olive (Bill) Wood, Joan Hannon and Grant Elliott.
Ron was born on the family farm near Dundalk, Ontario. Beginning at age 17, he attended Waterloo Lutheran University. He began his teaching career in Ingersoll, where he spent four years before moving with Sheila (Dean and Darrin in tow) to Kincardine in 1968. Ron Jr. arrived in 1972. Ron taught at KDSS, eventually retiring in 1998. Highlights from his outstanding teaching career include serving as the commercial/business department head during his entire tenure at the school and significant expansion of the co-op education program in Kincardine.
Outside of teaching, Ron supported his boys in their sports pursuits and could give you accurate directions to just about every arena or ball diamond in Ontario. He was a community leader and served as a member and executive of the Kinsmen Club for years, as well as on numerous Boards in and around town. Hobbies included curling, golf, gardening and playing cards with family and friends; his last game of bridge was in mid-October. Ron and Sheila travelled every corner of the world in retirement, in addition to wintering in Florida for years.
Visitation was held at the Davey-Linklater Funeral Home in Kincardine on Monday, Nov. 9, 2020. A private family funeral service followed on Tuesday, Nov. 10, 2020, officiated by Pastor Judy Zarubick.
Memorial donations to the Kincardine United Church, Kincardine Hospital Foundation or Canadian Cancer Society would be appreciated as expressions of sympathy. Portrait and memorial available online at www.daveylinklaterfuneralhome.com.