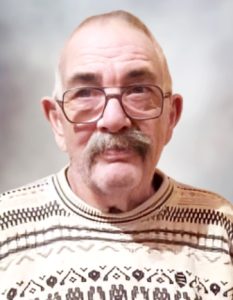 John “Gary” Collins, of Goderich and formerly of Kincardine, passed away at the Alexandra Marine and General Hospital in Goderich on Tuesday, Aug. 2, 2022, in his 80th year.
Fondly remembered by son Don Collins and his wife Rona, their children Janessa and Wyatt and granddaughter Everleigh.
Gary will be missed by his step-daughter Dianne, her daughter Kassandra and her grandchildren Kaiden, Kyler and Destin.
Also survived by son David, daughter Sheryl, sons Dale and Danny and their spouses, children, grandchildren and great-grandchildren; also sister Fern Hewitt and many nieces, nephews, great-nieces, great-nephews and their families.
Predeceased by his parents Hamlin and Gladys (née Shier) Collins, wife Irene Dickey and siblings Gwen, Roy and Edwin.
Gary was the youngest child of Hamlin and Gladys Collins. He was a father, grandfather, great-grandfather, husband, uncle and friend.
Born and raised in Kincardine Township, after Grade eight, he then helped his parents with their farm, married and had five children and became a self-employed contractor. Over the years, Gary worked throughout the southwest region of Ontario up to northern Ontario and briefly in B.C. and Alberta.
Gary enjoyed the outdoors, doing wood and hunting and fishing in his younger years. He was fond of his grandchildren and helped raise his great-grandson Kaiden for several years.
A graveside service to honour Gary’s life was held at the Kincardine Cemetery at 1 p.m. on Friday, Aug. 5, 2022, with Rev. Gord Dunbar officiating. A reception followed at the Davey-Linklater Funeral Home.
Memorial donations to the Canadian Cancer Society appreciated as expressions of sympathy. Portrait and memorial available online at www.daveylinklaterfuneralhome.com.