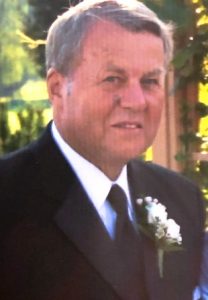 Donald James Morrison, of Guelph, passed away on Friday, Sept. 24, 2021, at the age of 83.
Loving husband of Arlene.
Beloved father of Shawn (Bea) Morrison and Kelly (Rob) Griffiths.
Loving grandfather of Alexis Morrison, Jack Griffiths and Ben Griffiths.
Predeceased by wife Sharon, parents Don and Nina, and sister Joy.
After attending Leamington District Secondary School and the University of Guelph, Don founded and was president of Bluewater Agromart in Ripley until his retirement in 1989.
In keeping with his wishes, cremation has taken place.
A private family service will be held.