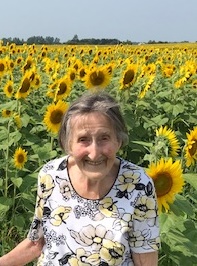 Rosa M. Aeschlimann (nee Schurch), beloved wife of the late Fritz Aeschlimann, of Tiverton, passed away at the Tiverton Park Manor on Tuesday, March 29, 2022 at age 96.

Cremation has taken place and a celebration of Rosa’s life will be held at a later date with interment in Ripley Cemetery. Donations to the Canadian Red Cross, Huron Shores Hospice, or the charity of your own choice are greatly appreciated as expressions of sympathy. Arrangements entrusted to the MacKenzie& McCreath Funeral Home, Ripley. Condolences online at www.mackenzieandmccreath.com.