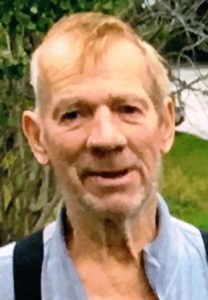 John (Jack) Lawrence Collins passed away at the Southampton hospital on March 17, 2022, in his 79th year.
He is lovingly remembered by his son Shawn Collins & Krissy Haigh, of Port Elgin, and his daughter Carrie Collins & Blake Cote, of Tiverton.
Jack was one of nine children born to Percy and Violet Collins and was raised on his parents’ farm on the 4th of Bruce. He went to public school on the 6th of Bruce and then to high school in Port Elgin.
Jack was employed at the construction of Douglas Point, the heavy water plant and the building of the Bruce Nuclear Plant.
He is fondly remembered by his brothers and sisters: Micky (Gary) Ardies of Tiny Township, ON; George (Phyllis) Collins, of Johnstown, ON; Sharon (David) Baker of Tiverton, ON; Richard Collins of Canmore, AB and his wife Alexandria Collins of Meaford, ON; Kevin Collins of Calgary, AB; James Collins, of Orangeville, ON; and by many nieces and nephews.
Jack was predeceased by his parent, Percy and Violet (née Burns) Collins, his brother Bud and his wife Bonnie Collins, and his sister Joy Collins.
Cremation has taken place.
A family gathering will take place later in the summer.