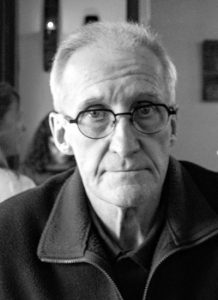 Earl Gordon Bloor, age 75, passed away peacefully on Oct. 13, 2018, in Chico, California, with his beloved wife at his side.
Born in Kincardine on Feb. 7, 1943, to Helen and Gordon Bloor.
Survived by his wife Candace Byrne; daughters Melanie (Travis), Susan (Ryan) and Lara; sons Jeff (Fiona) and Tim; as well as by eight grandchildren.
Also remembered by his brother Ron (Brenda), and nephews Ryan (Sonya) and Jason (Janice).
Earl grew up in Kincardine, worked at Helen and Gord’s restaurant “The Spot”, participated in all high school sports, graduated from KDHS and was valedictorian of his class. He continued his education at the University of Western Ontario, earning a PhD in chemistry. Earl enjoyed a long and successful career in academia – first as a professor and later as Dean at various colleges in Canada, the United States and abroad. He loved learning and encouraged teachers to cultivate that same love of learning in their students.
In his retirement, Earl and his wife published “Edible Shasta Butte”, a magazine about local farmers and other food producers. He was an avid reader, squash player, runner, guitar player and lover of good food and craft beer. He had an encyclopedic knowledge of professional hockey and baseball. But beyond all this, the greatest joys of this life he found in his children and then, too, in his grandchildren.
As he wished, Earl will be buried in the Bloor family plot at the Kincardine Cemetery. A gathering to honour his life will be held there at 2 p.m. on July 27, 2019.
Memorial donations to the Alzheimer Society of Canada are deeply appreciated.