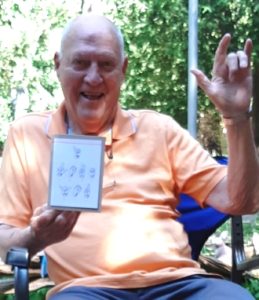 Andrew Bruce Fullerton of Kincardine passed away peacefully, with his children at his side, on Wednesday April 20, 2022 at Kincardine Hospital. He was four days shy of his 88th birthday.
He was born April 24,1934 in Greenock Township of Bruce County, the son of Thomas A. Fullerton and Olive Pearl Greer.
Loving father of son Thomas (Krystyna) Fullerton of Inverhuron, and their children Robert (Mickey) Fullerton of St. Mary’s and Thomas (Vittoria) Fullerton of London; and daughter Karen Fullerton of Stratford.
Bruce was raised and attended school in Walkerton, and married Cheryl Anne Cassidy (also of Walkerton) in 1962. Bruce was predeceased by his second wife, Betty Jean (Cross) Parker, after 26 years of marriage on Nov. 5, 2019.
When Bruce married Betty in 1993, he was blessed with five step-daughters: Barbara (Jim) Roe, Brenda (Kevin) O’Hagan, Beverlee (Bruce) Gateman, Betty-Lou Parker and Beth (John) Limnidis. Proud step-grandpa to Jason Roe, Jenifer [Roe] Brooks (Chris), Jeffery Kelly (Duncan), Darby O’Hagan (Kristie), Kyle Kelly (Katie), Garet O’Hagan (Jill), Kellie O’Hagan, Sidney and Jordin Limnidis.
Survived by his brother Bob (Mary) Fullerton of Courtenay, B.C., sister Madeline (Alex) McNeill of Owen Sound, brother Allen Fullerton of Courtenay, B.C. and sister Bonnie Fullerton of Kincardine.
He will be missed by many nieces and nephews, great-grandchildren and life-long friends Stan and Jean Ferguson of Walkerton.
Bruce was predeceased by his big brother John A. “Jack” Fullerton and his wife Amanda Johnstone Fullerton. Also predeceased by his step-daughter’s husband, Kevin O’Hagan.
Bruce was employed in multiple fields of work over the years: Bell Telephone (he was always proud that his crew put the first phone line through Algonquin Park); the Ontario Provincial Police; and when he retired as manager from the Kincardine LCBO in 1989, he was living in Inverhuron.
Bruce chose to have a dignified passing with Medical Assistance In Dying. Special thanks to the palliative care staff at Kincardine hospital.
A celebration of Bruce’s life will be held at a later date.
Interment Walkerton Cemetery.
Memorial donations to the Canadian Cancer Society or the Heart and Stroke Foundation of Canada would be appreciated as expressions of sympathy, or visit your local Royal Canadian Legion and support them. Cheers Bruce.
Arrangements entrusted to Grey Bruce Cremation and Burial Services in Owen Sound.