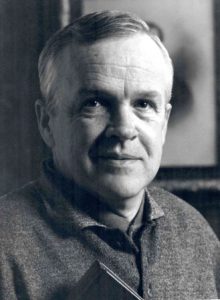 William “Bill” Bruce Bennett, of London, passed away at his home on Thursday, Nov. 4, 2021, in his 82nd year.
Dear father of Christine (Stephen) Meath of London, Todd (Michelle) Bennett of Toronto and Julie (Fred) Hinz of Mitchell.
Missed by his grandchildren: Brianne Meath, Kevin Meath, Alexandra Bennett, Paige Bennett, Emily Hinz, Cassandra Hinz, Serena Hinz and Joel Hinz.
Fondly remembered by his sister Melba Bennett of Kitchener, brother Richard “Dick” (Janet) Bennett of London and by several nieces, nephews and cousins.
Predeceased by his parents Melvin and Marie (née Petter) Bennett, sisters June (George) Abbey and Shirley (Bill) Gottschalk and by two brothers in infancy.
Bill was an avid horse enthusiast, devoting much of his spare time maintaining and enjoying the trails at the beloved hobby farm in Bruce County. He was a handy-man extraordinaire, often sharing his talents with family and friends. He enjoyed genealogy and loved to “rest his eyes” to the sounds of the Detroit Red Wings.
Bill worked his entire career with the Bank of Montreal, beginning in Kincardine. He held many different managerial positions with the bank throughout the years.
A private graveside service was held at the Kincardine Cemetery, with Rev. Rob Hiscox officiating.
Memorial donations to the Heart & Stroke Foundation or to a charity of your choice would be appreciated as expressions of sympathy.
Portrait and memorial available online at www.daveylinklaterfuneralhome.com.