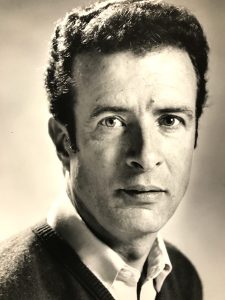 Michael John Butters passed away at home on Oct. 26, 2020.
He was predeceased by his beloved wife Irene (née Kokotovich), his father Eric Butters and stepfather Gilbert Cross.
Michael was born Feb. 29, 1944, in Detroit to Marian Jean Campbell and Daniel Eric Butters.
Survived by his mother Marian Whitfield and two children: Christopher Butters (Trish) and Michelle Oros (Tim). He is also survived by his sister Peggy Bird (David) of Nova Scotia, Catherine O’Brien (Terry) of Kincardine, Stephen Cross (Bonnie) of Stratford, Barbara Tedesco (Ted) of Pennsylvania and his best friend Buddy.
Michael grew up in Kincardine, but moved to Stratford at age 16 and then on to Detroit. After school, he went into sales which suited him to a tee because he loved to chat with people. He spent over 20 years with Seagram’s Distillery until the company moved to Quebec, then he went to Royal Distilleries. For his last five years before retirement, he worked for 3M. During his working life, he went back to school part-time and got his degree, majoring in film. He liked nothing better than watching a good movie followed by a roaring discussion on the plot and its characters.
Mike and Irene loved to camp, so after retirement they moved to Fisherman’s Cove and stayed for 31 years. Mike worked part-time as a bar steward for the Legion and also at Home Hardware for a few years. He was a Mr. Fixit for family and friends. He enjoyed old cars and loved to show off his 1952 Willy’s Jeep at all the car shows, until ill health hit.
His family would like to thank John Van Lenthe, his wife Diane, their sons Tommy and Ryan and their daughter Shannon for 20 years of friendship, kindness and for tackling the monumental task of dealing with the paperwork. They also thank Dr. Murray and his team for the constant care given to Michael over his last years. Steve Tiffin and his crew at Davey-Linklater have been invaluable.
Michael’s wishes were to be cremated, followed by a graveside service at which time he and Irene will be interred together, with only family attending.
Memorial donations to the Kincardine Hospital Foundation or Lucknow Pet Rescue would be appreciated as expressions of sympathy. Portrait and memorial available online at www.daveylinklaterfuneralhome.com.
Arrangements entrusted to the Davey-Linklater Funeral Home, 757 Princes Street, Kincardine ON N2Z 1Z5; 519-396-2701.